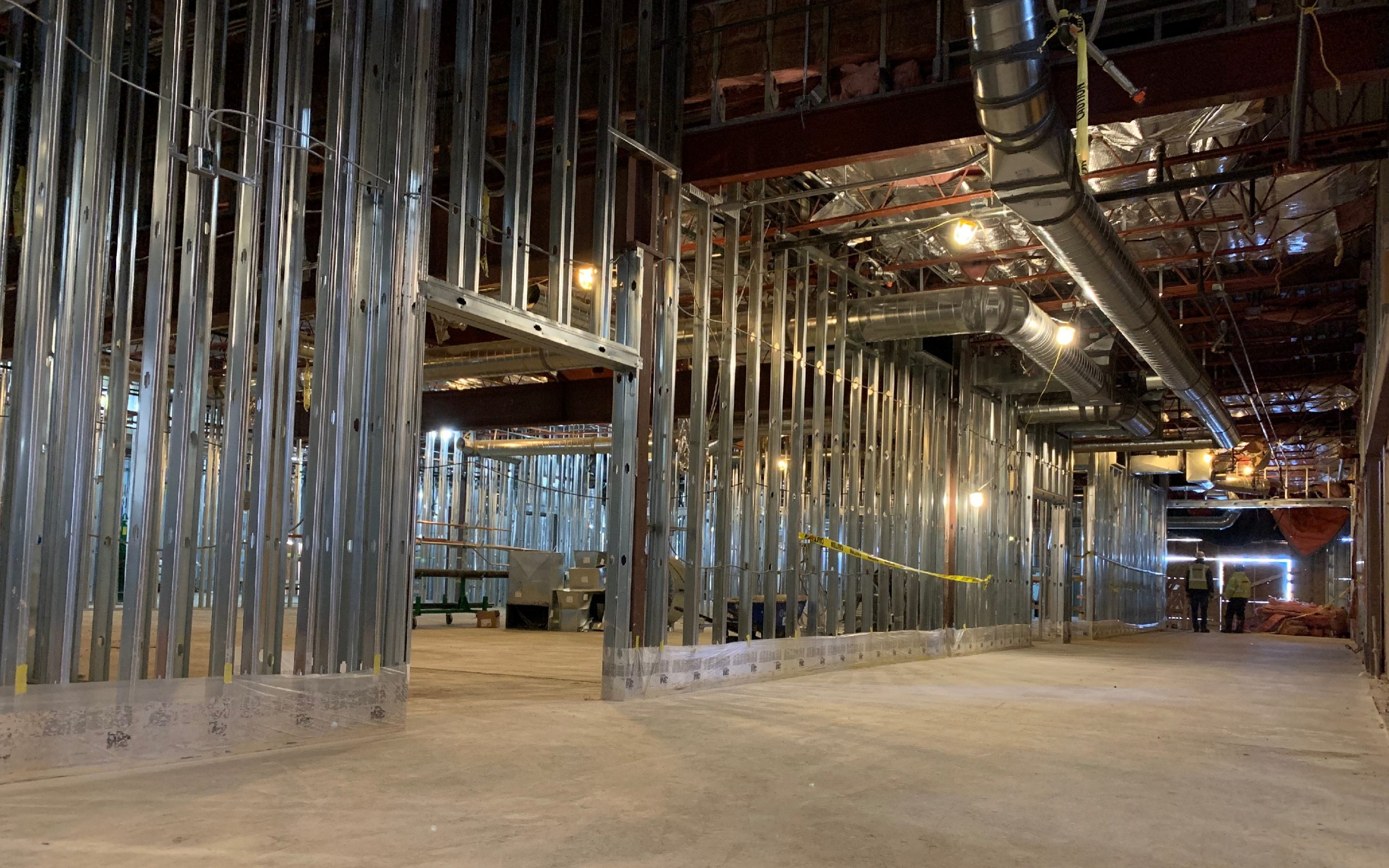 The big blue crane adorning the Santa Fe skyline has been busy moving many tons of steel at the site of our new campus. 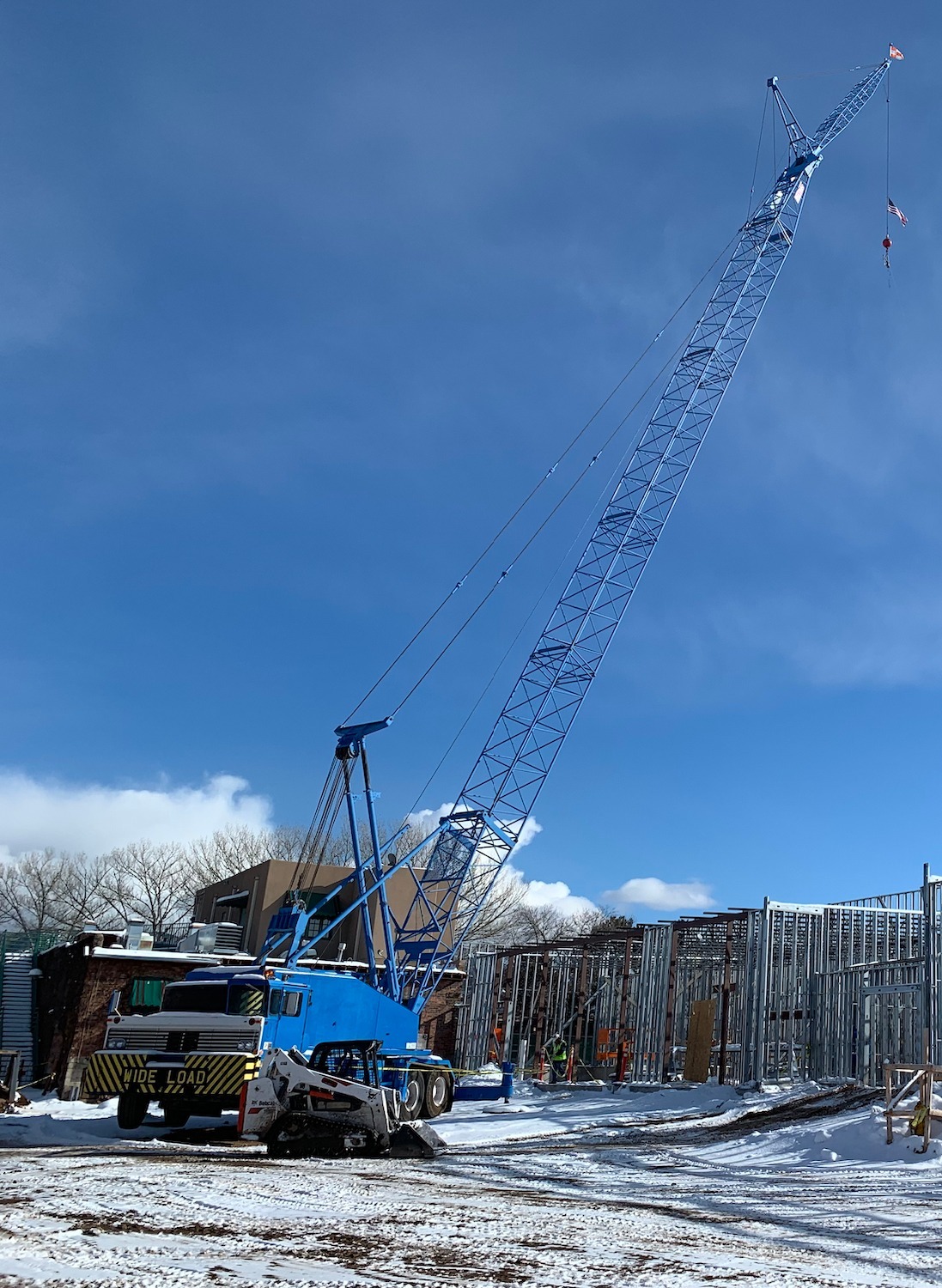 New Structures
New steel is being added throughout the existing buildings as structural support. Construction workers have been hard at work over the last few months installing the steel frame for the additions on the north side of the building. These additions will be the future site of many of the academic classrooms and Visual Arts studios. The pictures below are taken from the inside of the new structure itself. The concrete floors are being prepared for finishing once the snows have let up long enough. The roofing will be going on next.  In just a few short weeks, the building will really start to take shape. 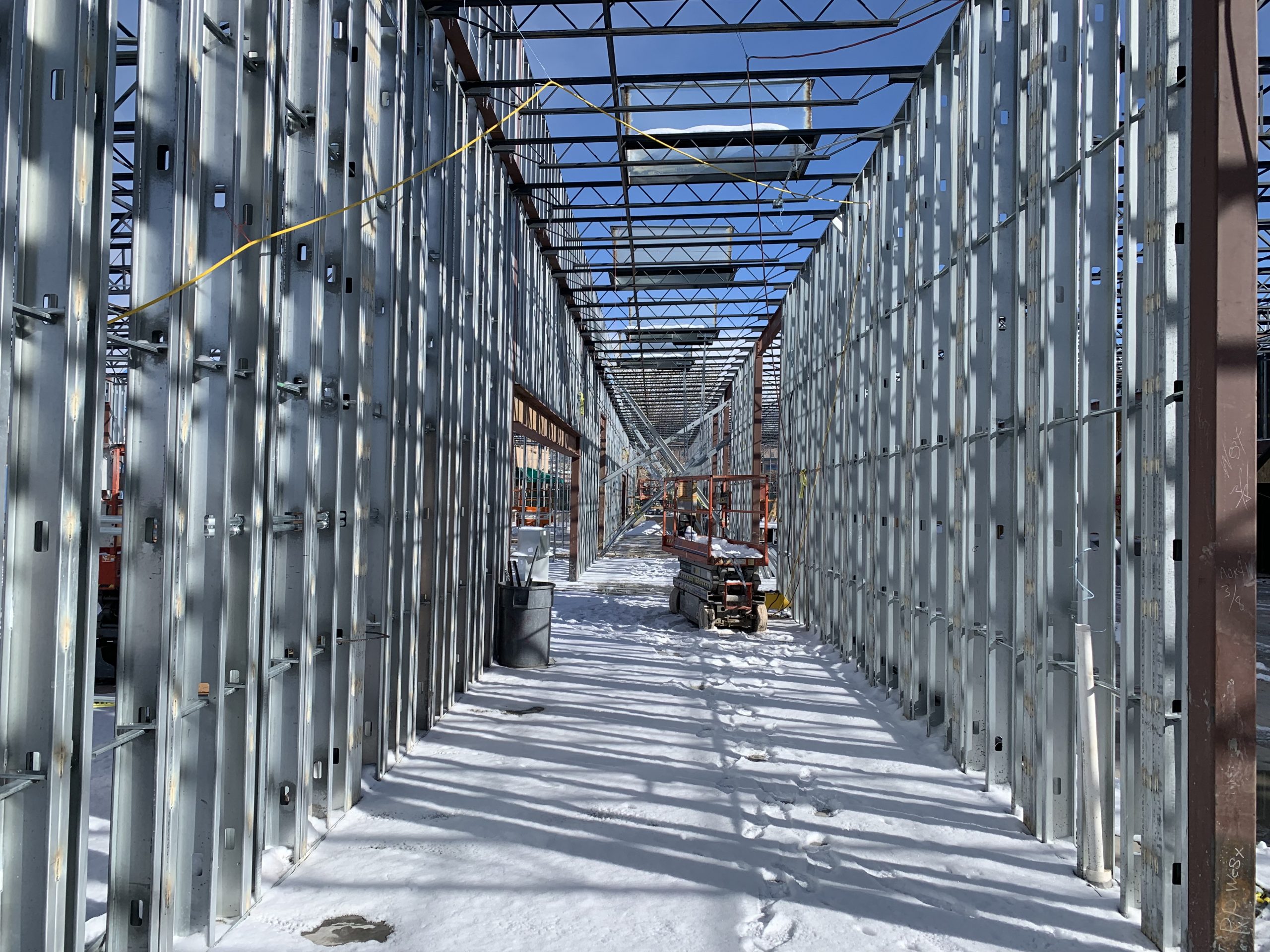 Standing in the hallway between academic classrooms and Visual Arts studios 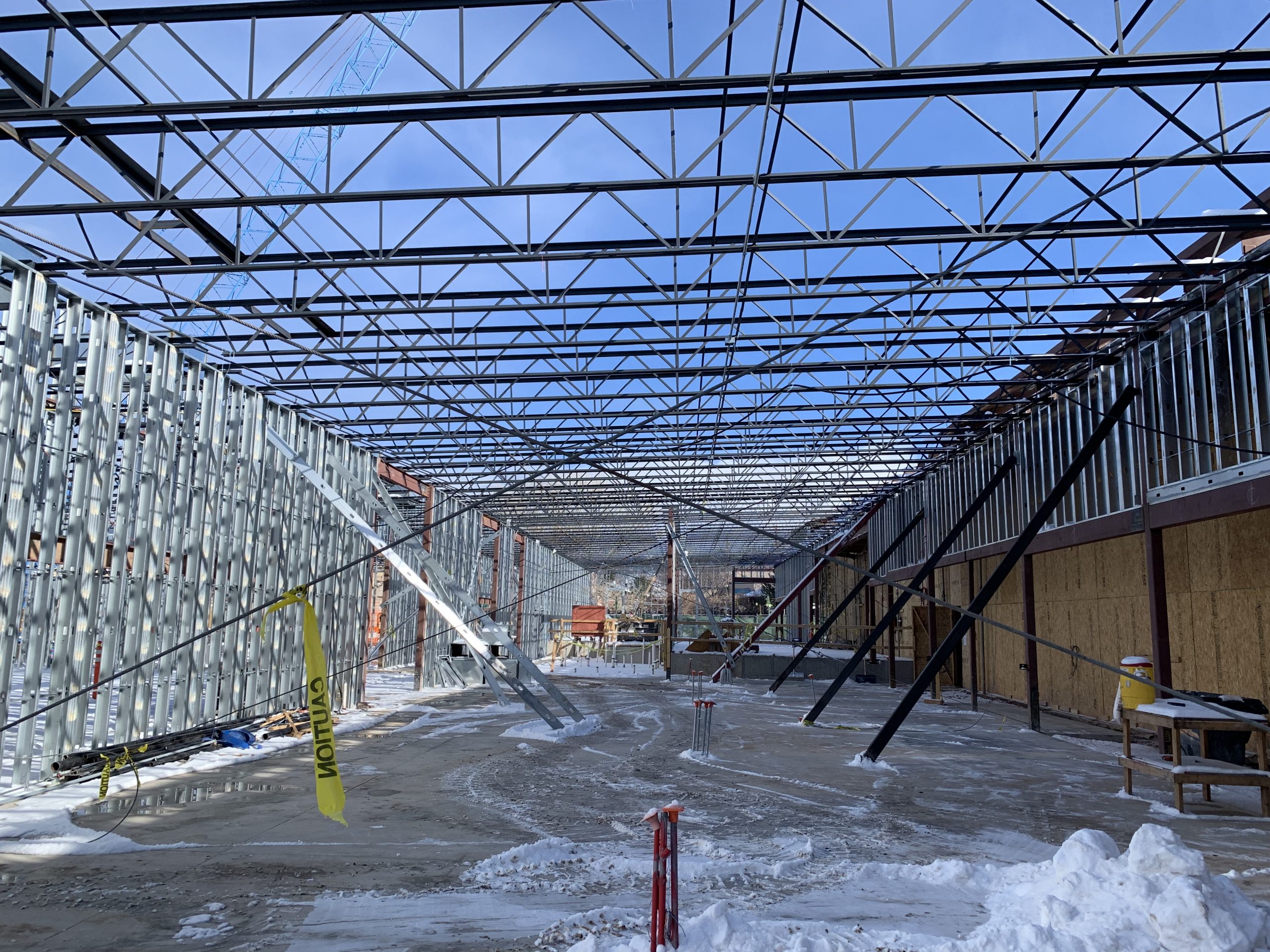 Standing in a future academic classroom.

Interior Framing
The interior framing of the former Borders space has been completed. The site will be the future home of the Music Department, Science and Math. Electrical wiring, plumbing have been completed and HVAC units have been installed. As soon as city inspections are completed, gypsum board walls will start going up over the next few weeks.