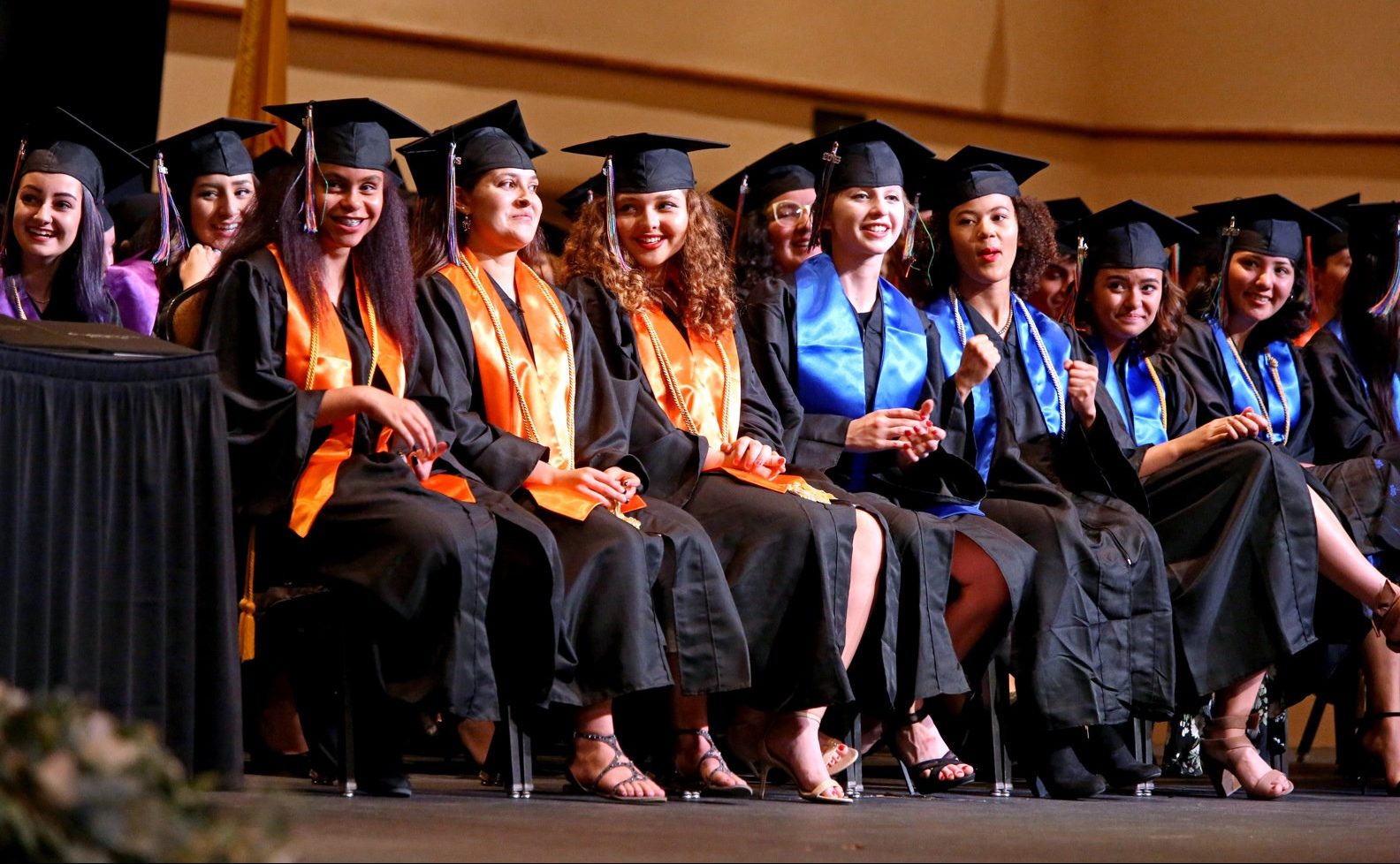 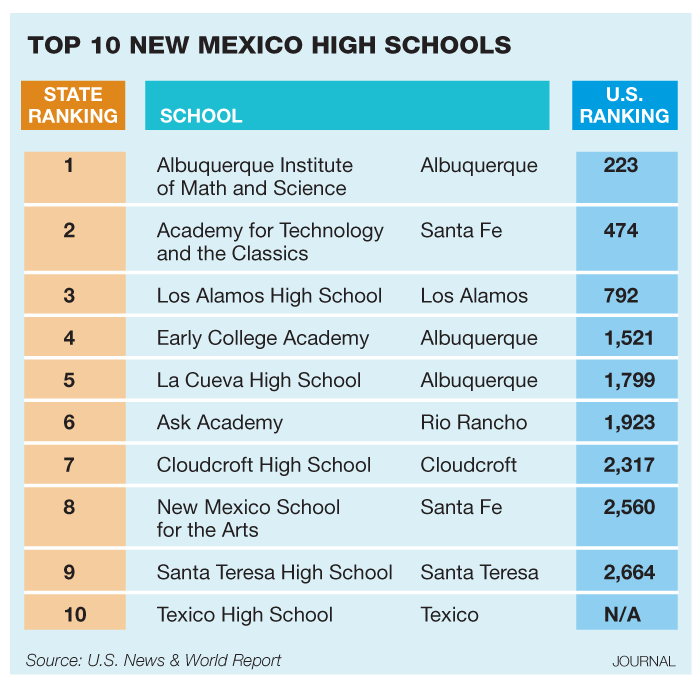 That’s about 15 percent of schools in the state being recognized, but neighboring states to New Mexico had higher percentages of schools making the list.

In Colorado, 17 percent were ranked. And Utah had 30 percent, while Arizona had 26 percent.

Albuquerque Institute for Math and Science was the top school in New Mexico and No. 223 in the nation.

“We have been on the best schools list for years and had the gold badge for four years,” said principal of 13 years Katharina Sandoval-Snider.

But Sandoval-Snider is looking to keep improving, aiming to be ranked higher on a national scale each year.

“If you are continuing to get better then the children are getting better,” she told the Journal.

She said being nationally recognized hasn’t lost its spark, because she is competitive, looking to see if the school has improved each year.

But you won’t find her throwing any parties just yet.

“What matters more to me is when we get PARCC scores,” she said, adding that’s when she hopes to see an opportunity to celebrate.

But one school that’s typically ranked won’t be celebrating this year.

Cottonwood Classical Preparatory School has a history of being ranked highly, but this year and last year the school has been kept off the list.

Obenshain said the school was previously ranked in the top 100 schools in the nation.

However, this year the school didn’t have a high enough graduation rate, according to U.S. News spokeswoman Madeline Smanik.

Obenshain said a coding error was to blame.

Foreign exchange students were coded incorrectly, which hurt the school’s graduation rates because they don’t typically graduate from the United States, translating as dropouts in the data, he said.

The executive director is hopeful next year the school will get the national kudos since the error has been fixed.

“From our calculations, we have a 99 percent graduation rate,” he said.

No. 2 in the state was the Academy for Technology and the Classics in Santa Fe, but New Mexico’s national stackup drops over 200 spots with ACT’s national rank at 474.

AIMS and ACT were the two only New Mexico schools to get gold badge recognition. To get a gold badge, the schools had to have a certain amount of kids taking college-level courses in high school.

In the state, seven others earned silver medals and 19 earned bronze medals.

U.S. News and a nonprofit research firm RTI International looked at several tiers of factors to determine the rankings. They first looked at how students performed compared to how they were statistically projected to do in their state. Then they looked at how underserved students performed compared to other national underserved student populations. For the third year, U.S. News also used graduation rates in its ranking formula. And the last step was checking for college readiness by researching college-level coursework exam data for each school.