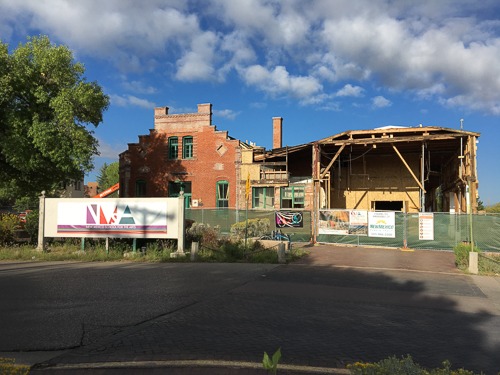 Construction is progressing swiftly at the site of the New Campus of New Mexico School for the Arts! We have a number of updates this month and are excited to share more with you in the coming months as we proceed, on track, to finish the new campus to open for classes in August 2019. 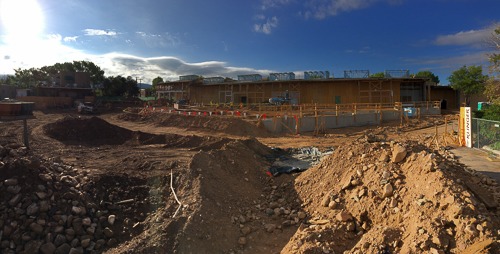 Here, construction workers have finished putting up stem walls (concrete support walls) for the steel framing structure of the North Wing of the new campus. Steel framing will begin to go up in October and the building should be framed out by early November.

There has been significant progress on plumbing and electrical infrastructure. Subcontractors will have the electrical and plumbing finished for the existing structures in anticipation of the additions. 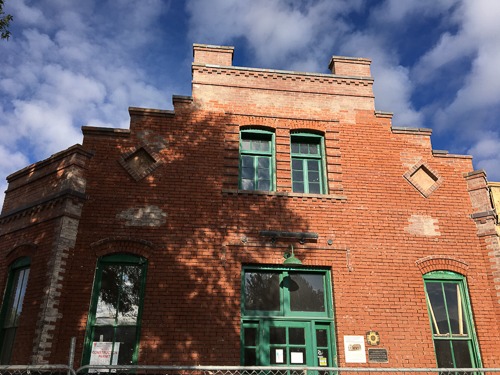 The old paint and stucco that concealed the historic Sanbusco office has been removed to reveal beautiful, clean brick.

The contractors are exploring the same possibility of removing the stucco and paint from the historic Butler Foley (former World Market) hopefully rendering similar results. 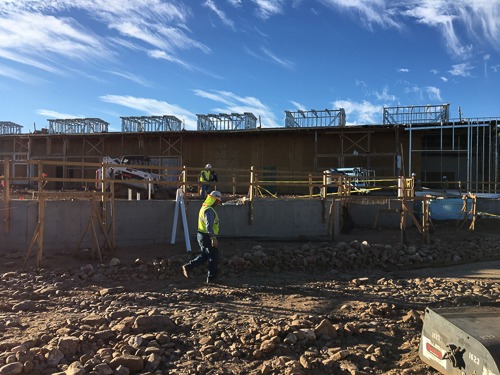 HVAC units and all ducts have been cleared out of the buildings and new skylights have been installed over the Paseo (former retail hallway).

The interior demolition for the Butler Foley building, the site of new Theatre and Dance department studios, is nearly complete. The interior will be updated to provide more appropriate venues for these programs. The beams on the ground floor (primarily Theatre studios) and second floor (Dance studio) will be removed to create a more inviting and open space for performances to be held. Steel supports will be added to the ceiling and roof in their places. 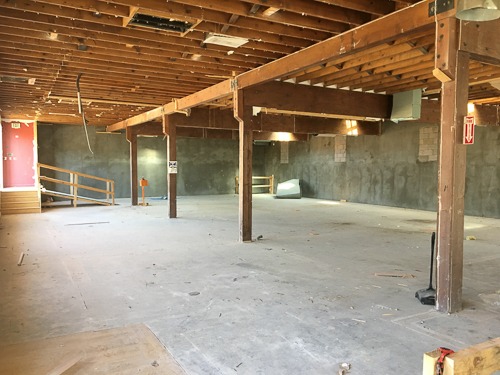 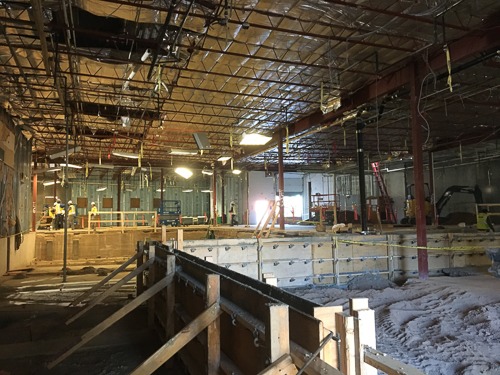 The has been extensive demolition of the interior of the old Borders space to prepare for the new layout. The open space will soon be divvied up for science classrooms, music facilities, a media library and much more.

In the next couple of months the new building will start to take form as the steel support beams and walls go up.

STAY TUNED FOR MORE UPDATES ON THE NEW CAMPUS – #BuildNMSA

NEXT MONTH – Time lapse of demolition and construction from groundbreaking in March through September!