Musical: Fiddler on the Roof 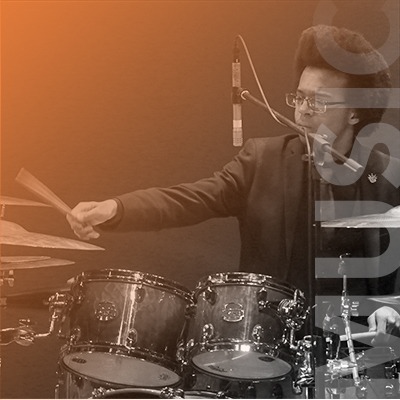 NMSA is proud to presentFIDDLER ON THE ROOFJenna Kuchar: directorDarci Balkcom: assistant directorFred Graham: music directorRobert Krupnick: collaborator and music coachOriginal choreography reproduced by Luz Guillen.Based on Sholem Aleichem stories by special permission of Arnold PerlBook by JOSEPH STEIN Music by JERRY BOCK Lyrics by SHELDON HARNICKProduced on the New York Stage by Harold PrinceOriginal New York Stage Production Directed and Choreographed by JEROME ROBBINSSYNOPSIS:As the play begins, Tevye, a Jewish milkman, tells of the customs in the little Russian town of Anatevka. It is 1905, and life here is as precarious as a fiddler on the roof, yet, through their traditions, the villagers endure.At Tevye’s house, his wife, Golde, and their five daughters prepare for Sabbath dinner when Yente, the town’s matchmaker, arrives. She tells Golde she has a possible match for Tzeitel, their eldest daughter. The girls speculate about whom they will marry someday, but Tzeitel says they must take whomever Yente arranges for them. Ironically, she has already secretly pledged her love to Motel Kamzoil, a tailor, who has yet to find the courage to ask Tevye for her hand.As Tevye makes his deliveries around town, he prays, asking what harm there would be if he were a rich man. He meets and takes a liking to Perchik, a student from Kiev, and offers to hire him as a tutor for his two youngest daughters.When Tevye returns home, Golde informs him that he is to meet Lazar Wolf, a wealthy butcher who is Tevye’s age, following the Sabbath meal to discuss a proposal. Tevye believes Lazar Wolf wants to buy his milk cow, but soon discovers the proposal is that of marriage to Tzeitel. Though Tevye is not very fond of Lazar Wolf, he agrees knowing that his daughter will never starve. They celebrate with others from the village at the local tavern. On his way home, the Russian constable stops Tevye and warns him of an upcoming “demonstration.”The following day, Tzeitel and Motel plead with Tevye to rethink her marriage arrangement to Lazar Wolf, and to consider Motel instead. Tevye eventually agrees but how to break this news to Golde? He creates a story where Golde’s grandmother and Lazar Wolf’s late wife, Fruma-Sarah, appear to him in a dream and threaten to curse Tzeitel if she marries Lazar Wolf. Golde believes this is a sign and agrees to the match. Tzeitel and Motel are married in a traditional Jewish wedding ceremony, which is unfortunately disrupted by the constable’s “demonstration.”Meanwhile, Tevya’s second daughter, Hodel, has fallen in love with Perchik. They break tradition by telling Tevya they love each other and will be married, asking only for his blessing and not his permission. This causes Tevya and Golde to contemplate their own marriage and love for each other after twenty-five years.Perchik promises to send for Hodel and leaves for Kiev to work for the revolution. He is arrested and sent to prison in Siberia. Hodel decides she must go to him, a decision that her father eventually supports.Weeks pass, and Tevya’s third daughter, Chava has fallen in love with a Russian villager named Fyedka. She pleads with her father to be allowed to marry him; but marrying outside the Jewish faith is unacceptable to him, and he forbids her to see him again. The next day, Chava and Fyedka secretly elope, and Chava is disowned by her family.The trouble continues as the Russian constable tells all the Jewish villagers they must pack up and leave Anatevka within three days. Everyone prepares to leave as they reminisce about their miserable little town that so many have called home for so long. Chava and Fyedka come to say goodbye and make peace. Tevye refuses to look at her, but has Tzeitel wish her well before they all depart, the fiddler playing as they exit.