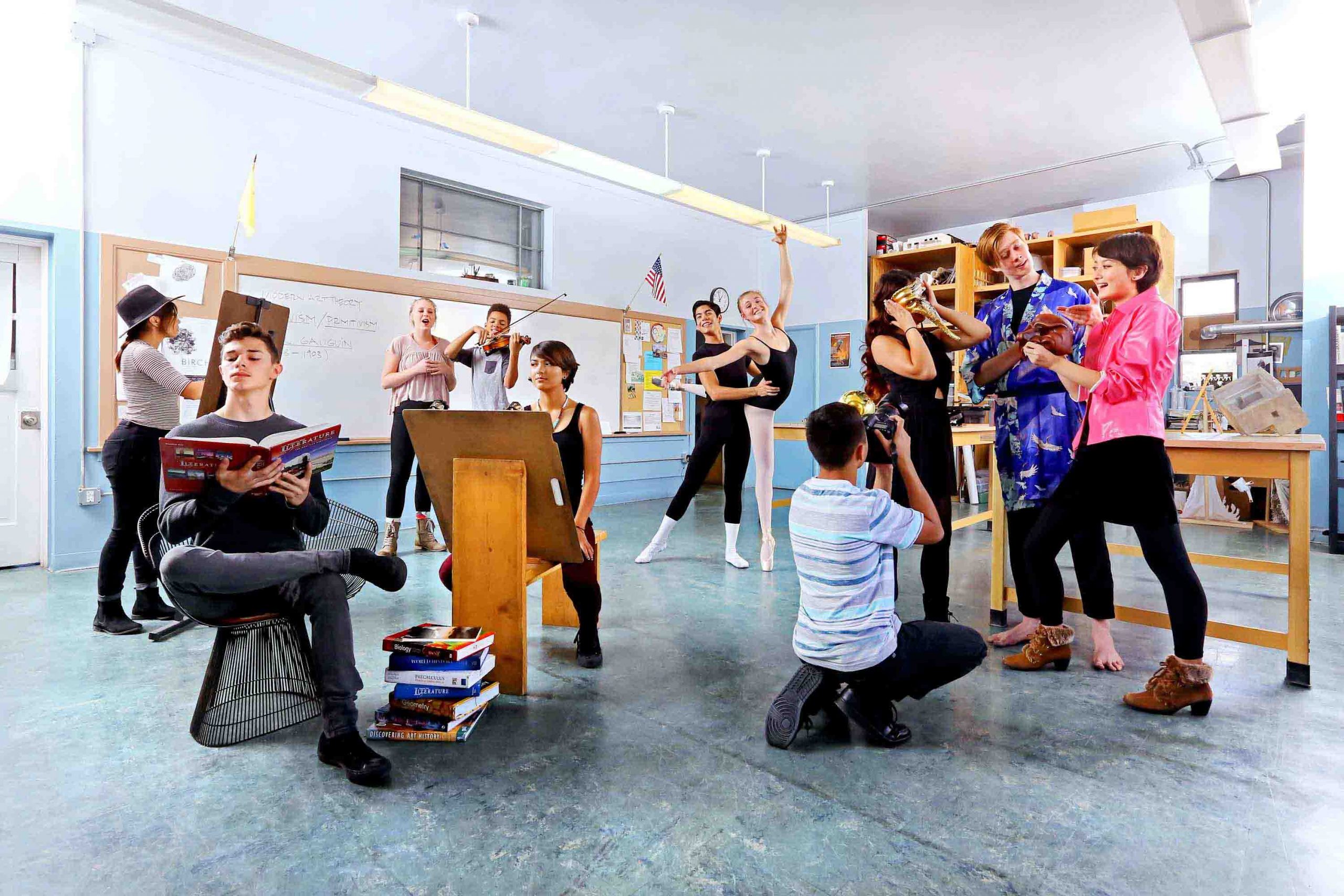 There was a time when Joey Chavez thought he might be an architect. And another long period of time where he pursued acting. And once — long ago — he wrote on a college admissions document that he’d like to be a drama teacher at a university.

All those dreams came in handy as he ran Santa Fe High School’s drama department for 15 years. He started in 1995, and he’ll finish this spring. In August, he’ll move over to the new charter school, New Mexico School for the Arts, to become the theater department chairman.

In the interim, he’s working feverishly to get Urinetown into shape. The cult musical satire by Mark Hollman and Greg Kotis — set in a future society so beset by drought that people have to pay for the right to pee — marks Chavez’s last spring musical at the school. It opens at 8 p.m. tonight and runs two more weekends at Santa Fe High.

Speaking in between musical numbers during a recent rehearsal, Chavez said he estimates he’s directed 150 shows over the past 10 years. The first was David Ives’ collection of short plays called All in the Timing. The last show will be in late May, when Chavez mounts Stress and Coffee, the school’s annual “let’s put on a show in 24 hours!” theater fest. He’ll be leaving the campus after graduation on June 4. The district is currently looking for a replacement for Chavez.

“It was the toughest choice I’ve made since the choice to leave New York in the summer of 1995,” Chavez said of his decision to accept the New Mexico School for the Arts job back in December. “The mission of the school — in my mind — is to build a world-class program focusing on the arts. I want to be part of that.”