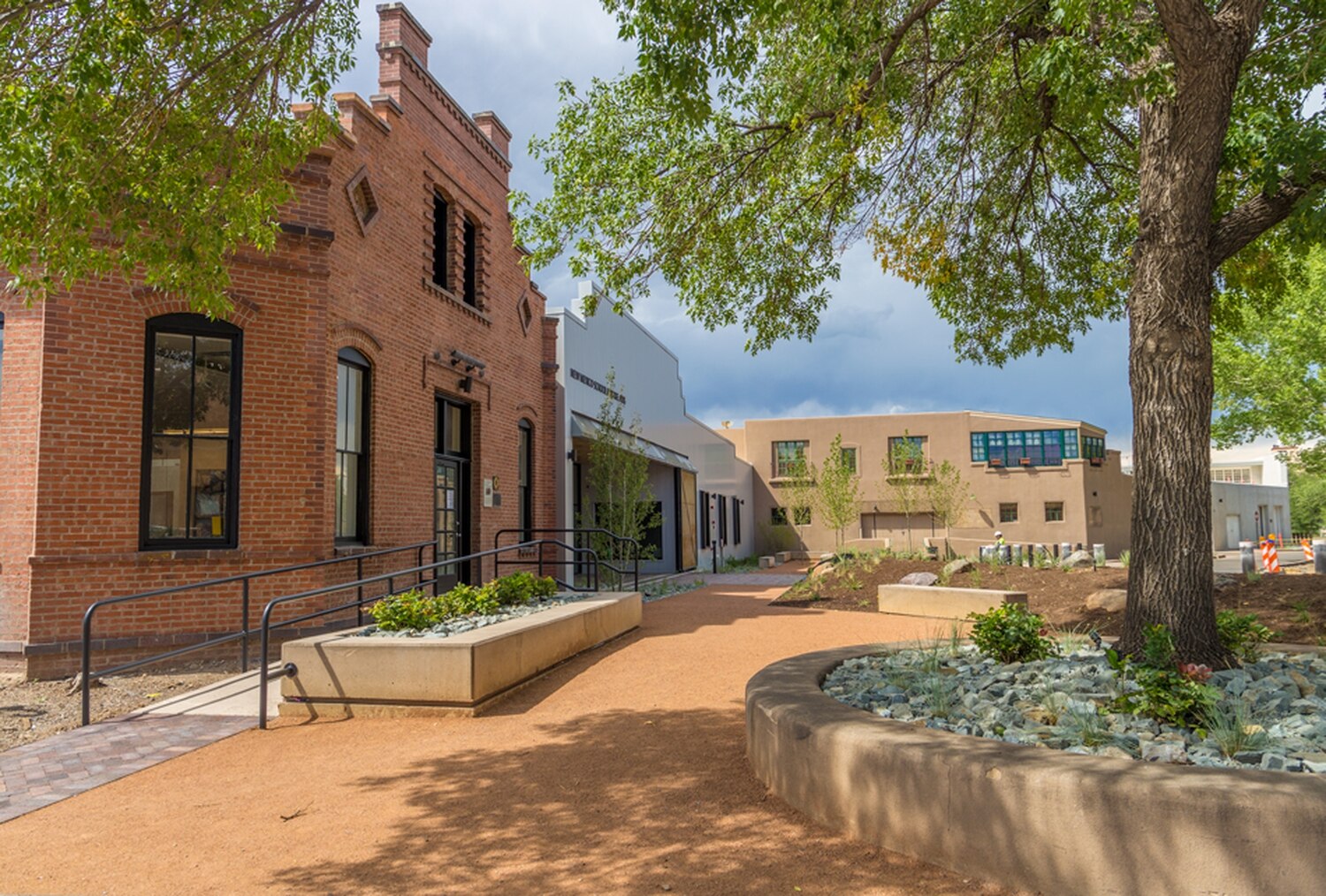 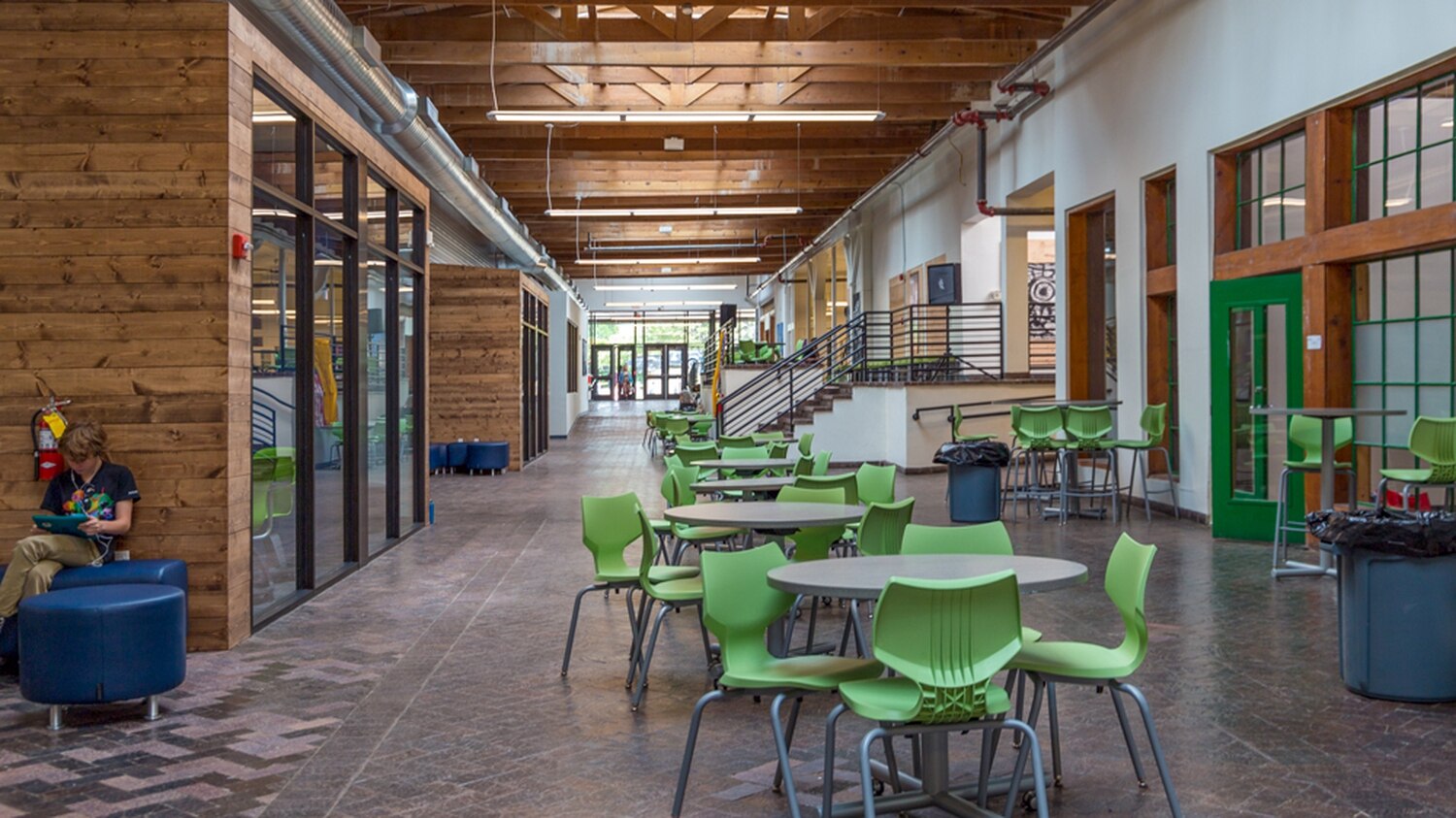 The New Mexico School for the Arts opened the doors of its new building in the old Sanbusco shopping center Monday for the first day of school. Head of School Eric Crites tells SFR the new campus will allow the school to expand, both in the number of students it serves and the kinds of classes it is able to offer.

“I’ve been with the school since having our own permanent campus like this was just a dream,” says Crites. “We’ve been working towards a permanent location since before the school even opened. Before, we had to make our curriculum fit into a 1948 elementary school that was not designed to meet the needs of an art school and barely had room for all of our students. Now, we have a building that is specifically designed for our dual-curriculum and really gives us room to grow.” 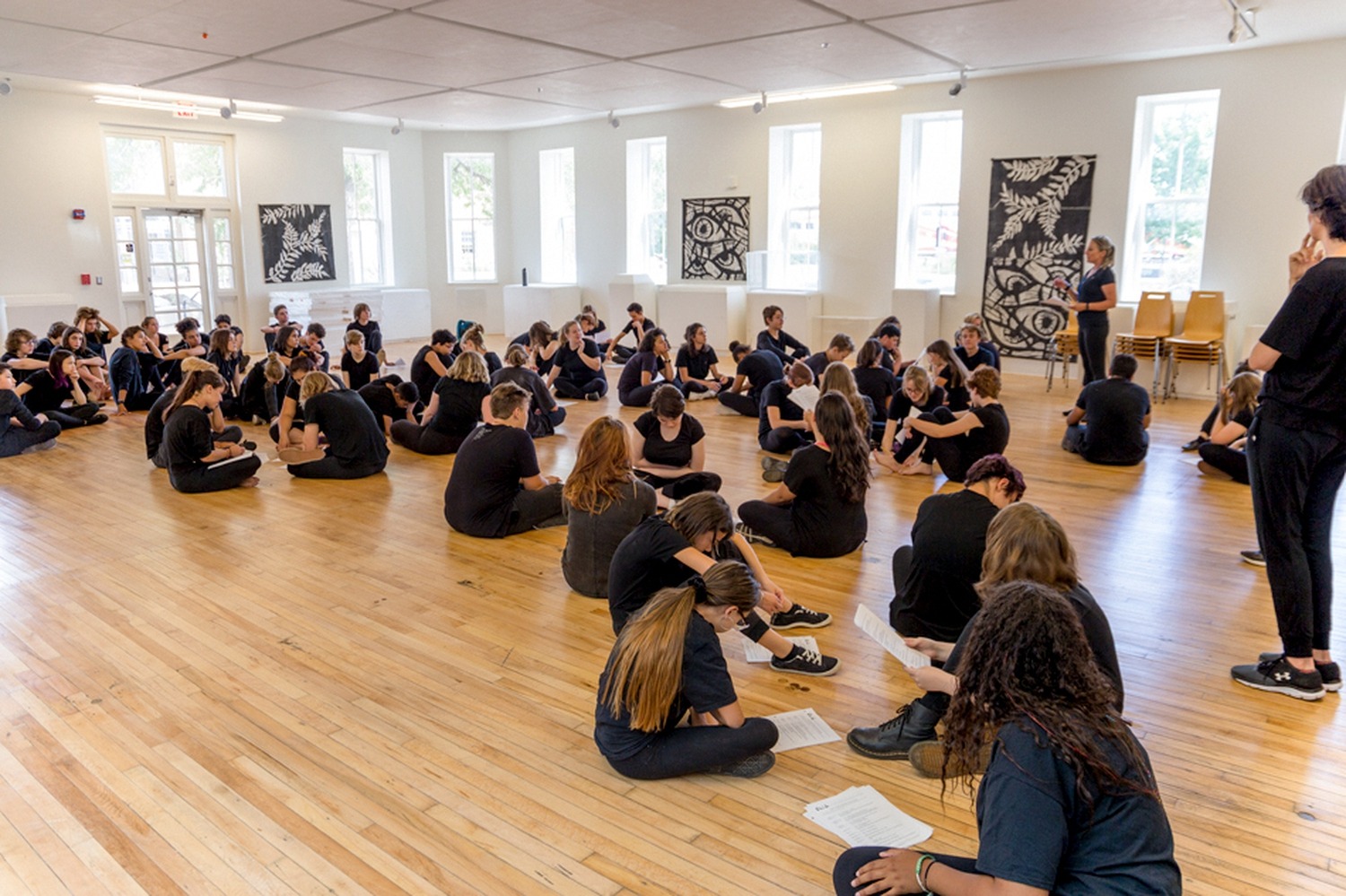 The charter art school purchased the Sanbusco property for $7.2 million in 2015 and moved out of its temporary quarters at the downtown St. Francis Cathedral School. The school’s nonprofit arm, the NMSA Arts Institute, successfully raised $30 million in private donations to cover construction costs and renovations to the building, which has been transformed into a sleek, modern facility filled with specialized rooms and equipment for all of its students artistic endeavors. 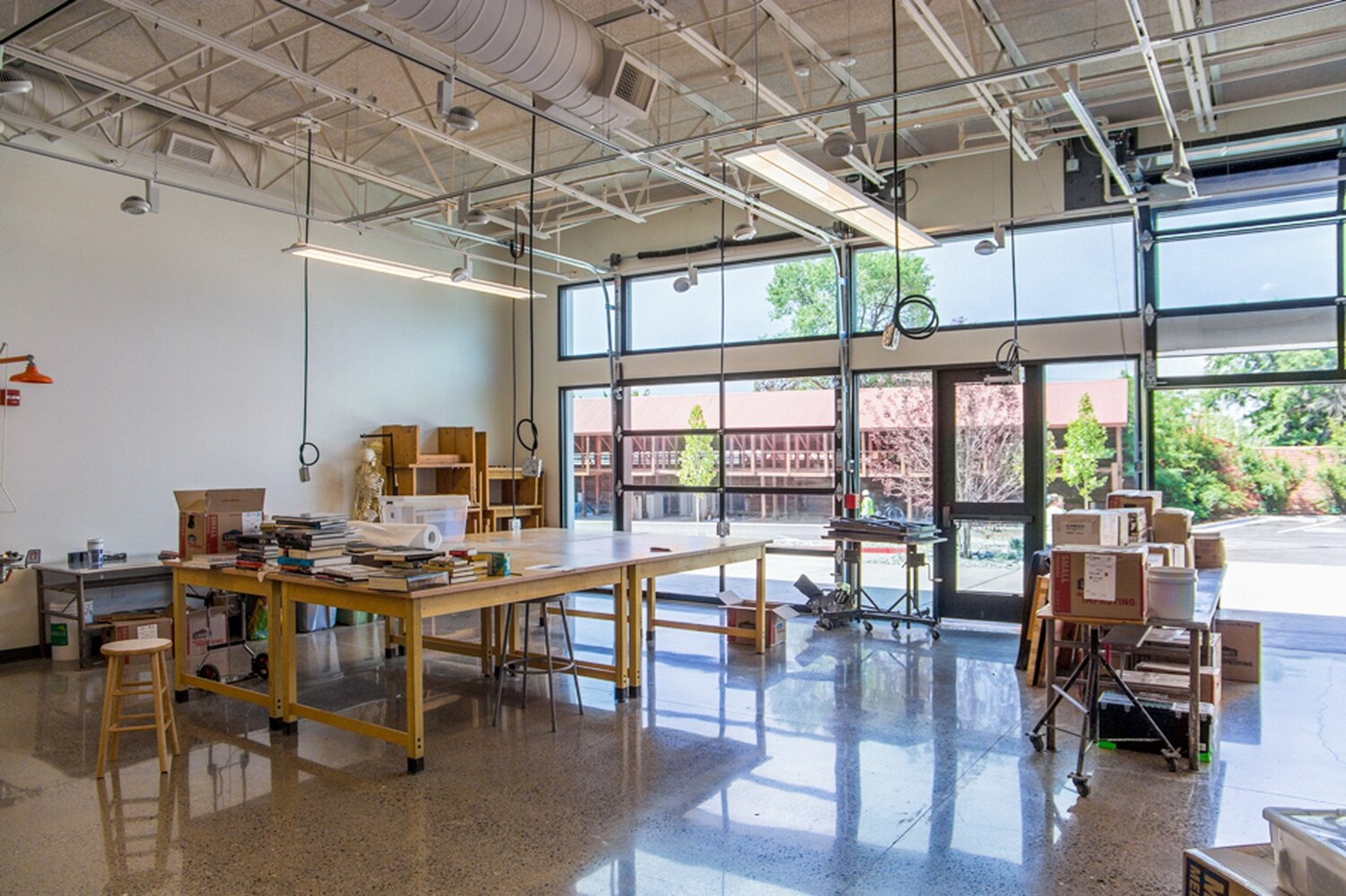 Crites says almost every room in the building was designed as a multi-use space that can be transformed to meet the needs of a school that offers an academic program in the morning and an arts mastery program in the afternoon—both equally demanding. As one example of the arts-specific design, the new design includes hallways full of special lockers built to house large sculptures, canvases, and instruments. 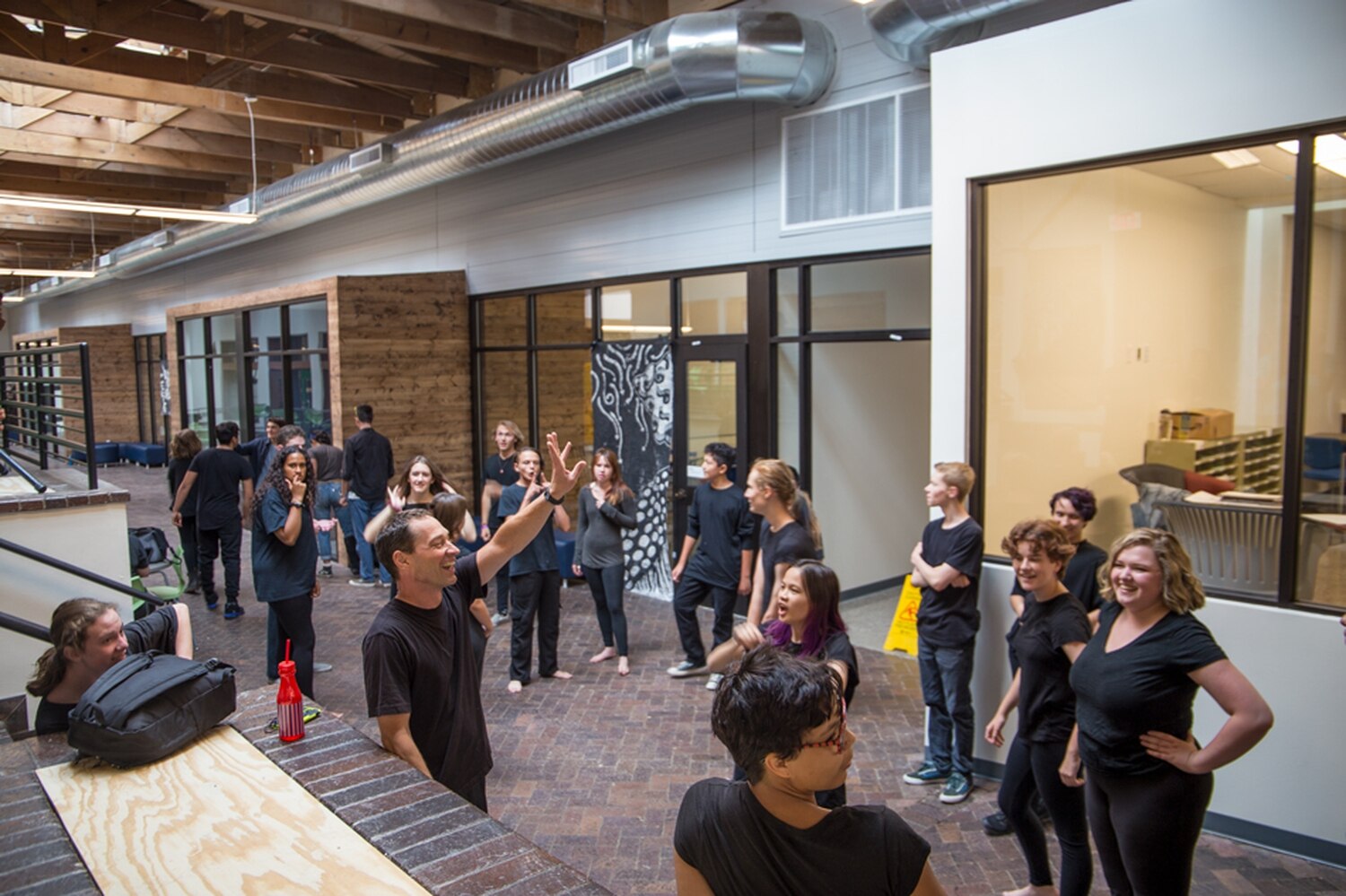 As SFR wanders the wide central hall, a group of theater students dressed in neutral blacks come twirling and sliding down the hallway using the space as a kind of runway for the group improve exercise. 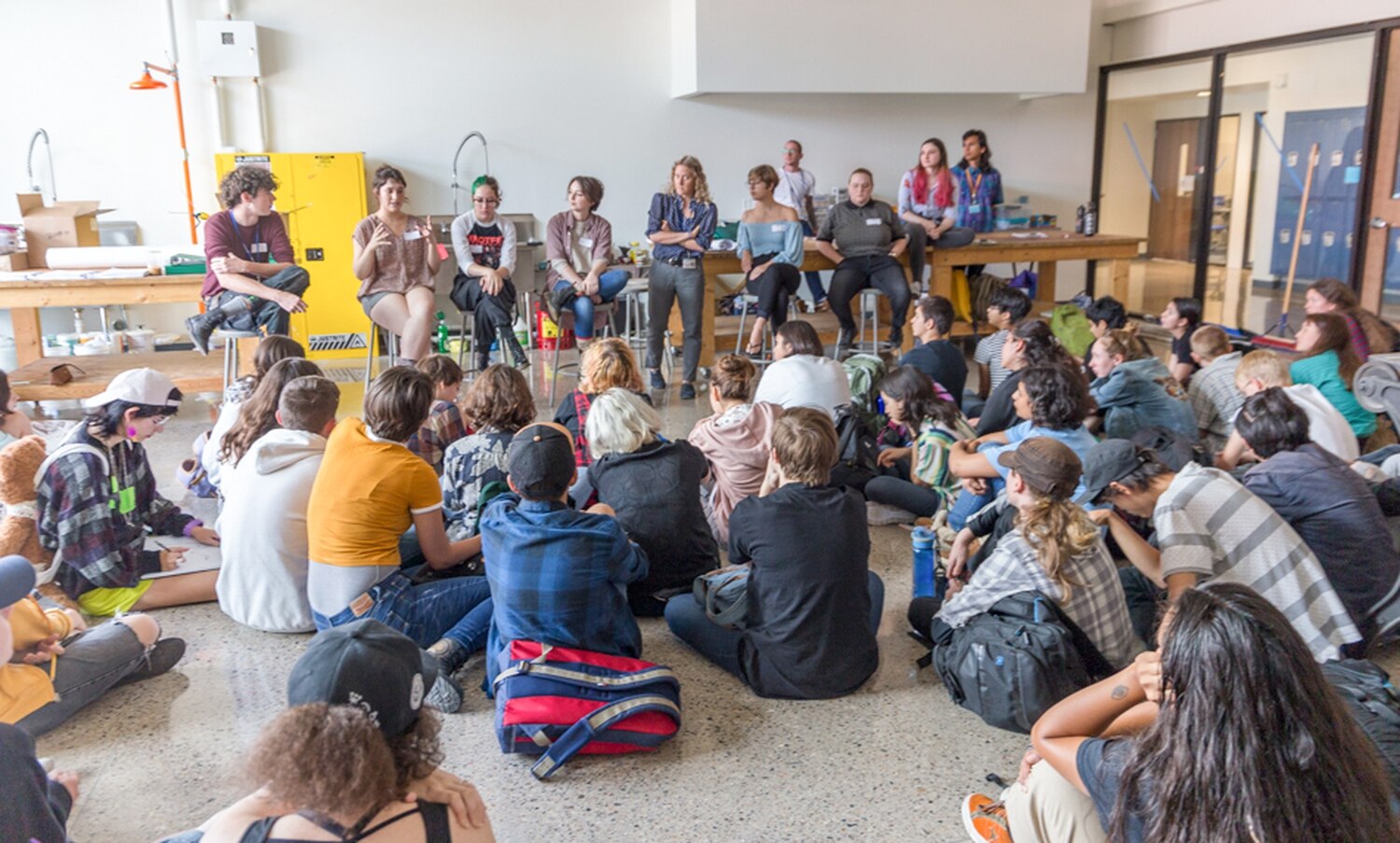 Meanwhile, on the other side of the building, students in a visual arts class listen to a presentation by alumni about how art could shape their lives in the years to come. In an adjacent rooms, sliding floor-to-ceiling glass garage doors of a multi-media maker space, equipped with hand tools, spot lights and extension cords rigged up to the ceiling, opens out to a concrete patio, allowing optimal space for outdoor sculptural exhibitions or messy art making activities. 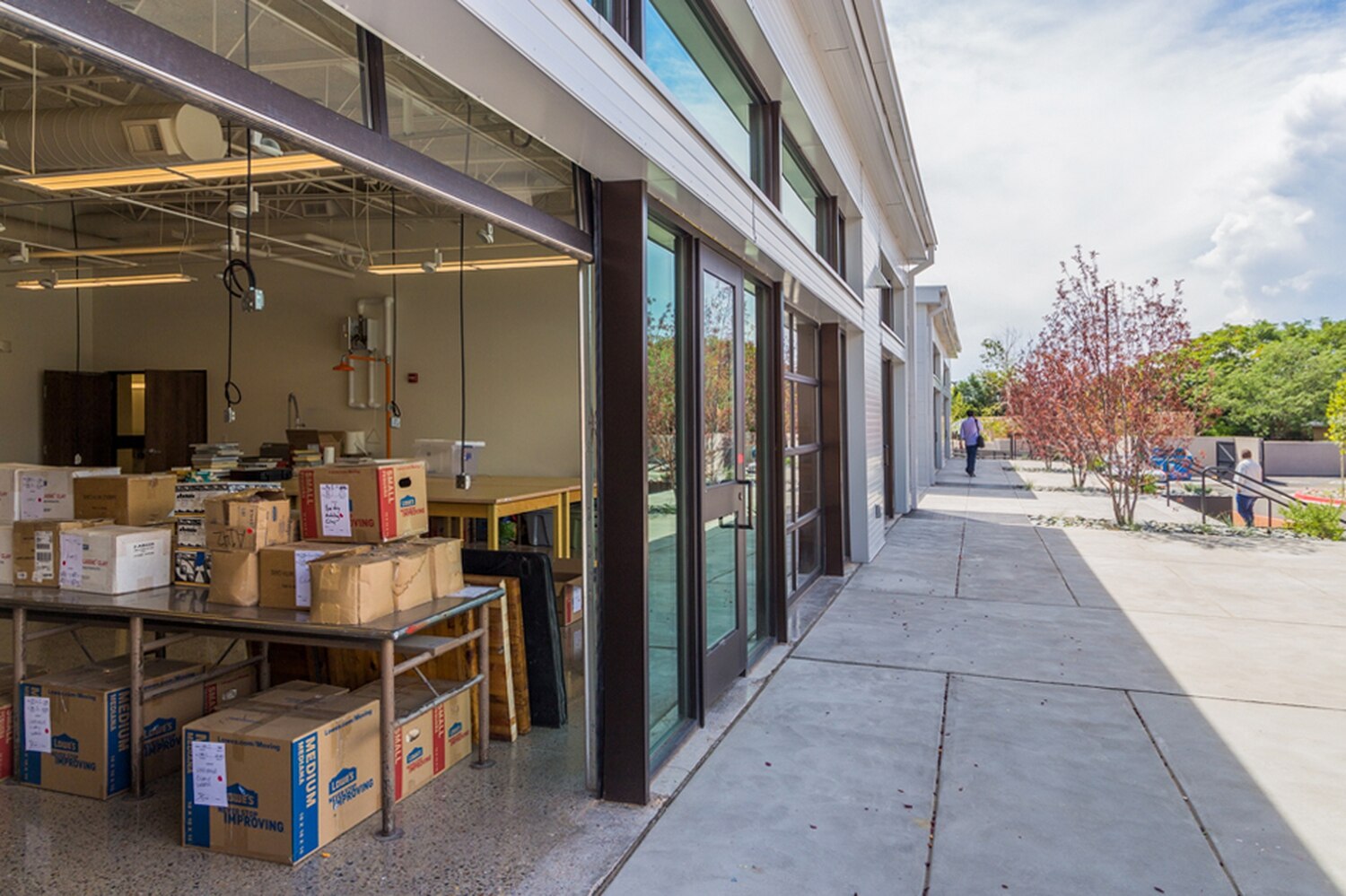 But this is only the beginning of making the school’s vision into reality. Crites says that over the next five years, leaders hope to grow student enrollment from the current number of 254 students to 360, and the school hopes to enroll a greater percentage of those students from distant corners of the state.

NMSA was created through legislative action in 2010 and was intended to serve students from throughout the state. However, this year only 31 students come from outside a 75 mile radius of Santa Fe, and that’s the most students the school has ever enrolled from further afield. 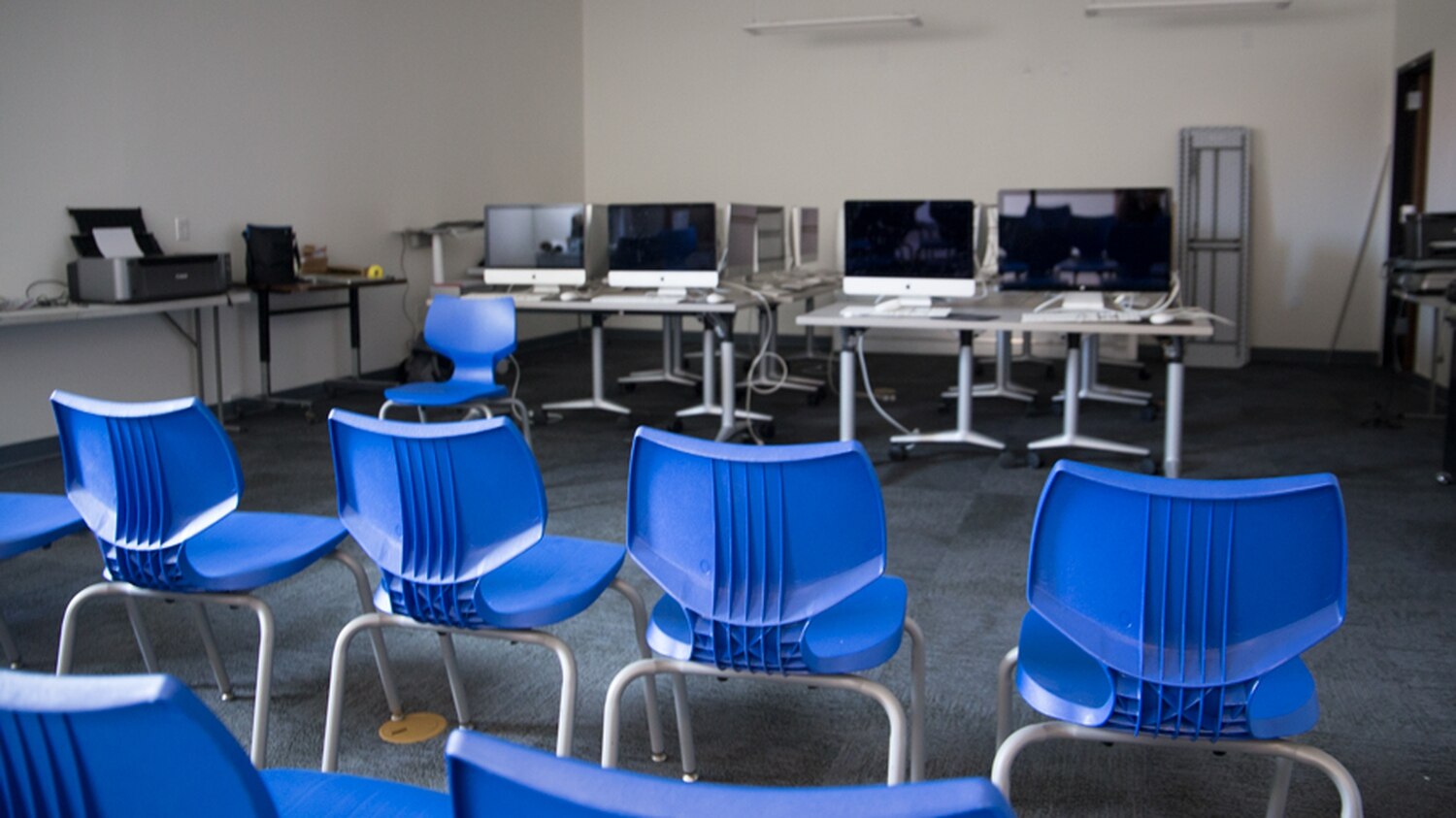 Crites says this is about to change. Now that the first phase is complete, the school is already planning for phase two of the development of the campus, for which it was awarded $4.25 million in the last Legislative session. Plans call for a  a cafeteria and a dorm block in the part of the building that used to be occupied by Borders book store. The new dorms will allow the school to house up to 60 students on campus.

The school also introduced a creative writing focus area for the first time this year. 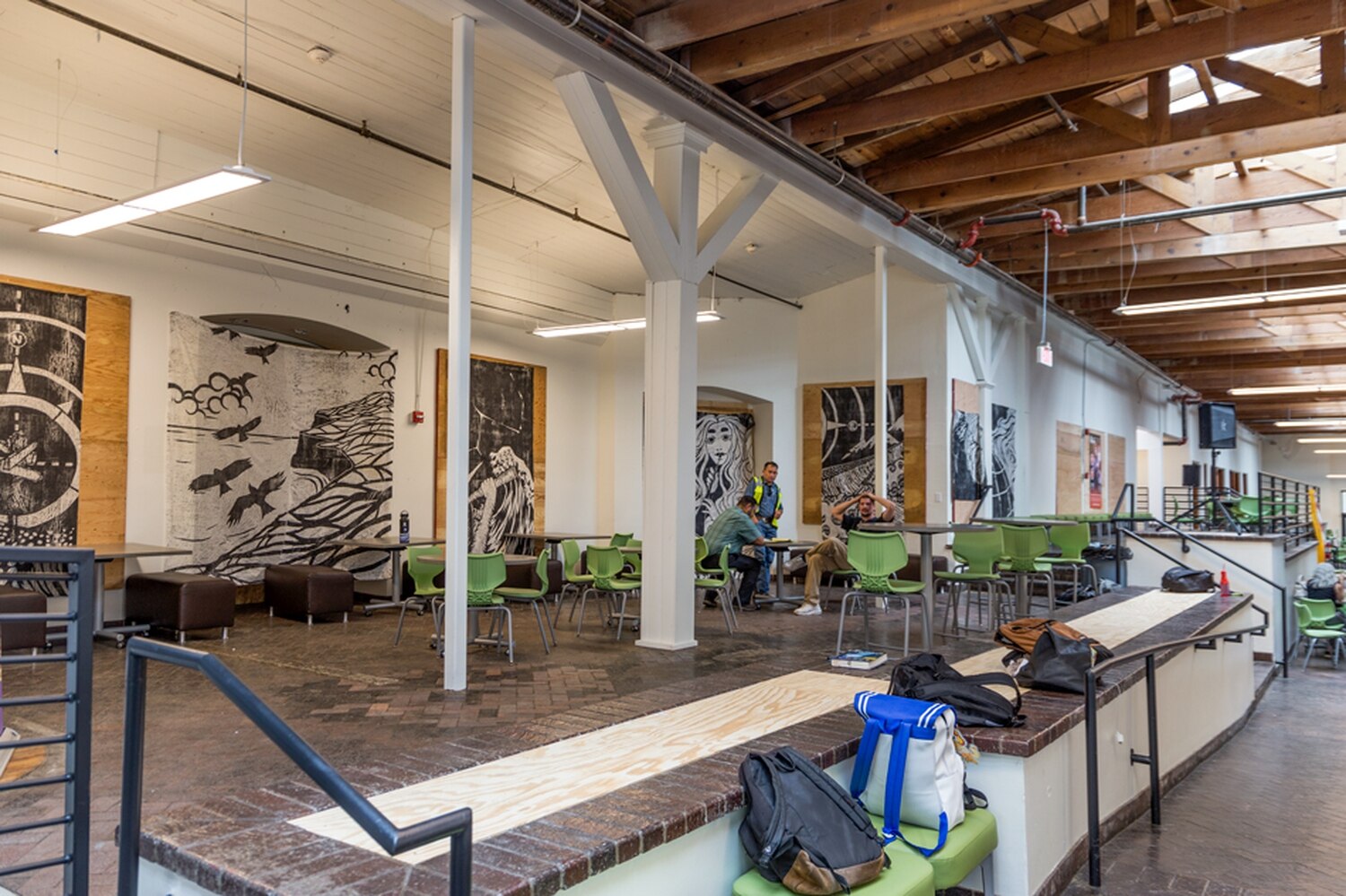 NMSA  had high hopes for legislation introduced in the 2019 legislative session that would have converted the school from a charter to a regular public school, allowing it to access more in capital outlay funds. The bill stalled in committee, however Director of Communications Sean Johnson tells SFR the school may pursue something similar in the future.

For now, though, the location itself is already making it easier for students to commute. Jaydon Chavez is a senior majoring in theater. Every day, she takes the New Mexico Rail Runner Express commuter train from Albuquerque up to Santa Fe, and with the train stop literally across from the new NMSA building, getting there is a breeze.

“I get emotional thinking about this school,” she says, expressing how formative her time at NMSA has been while voicing some disappointment that she didn’t get to spend all four years in the new building. Even so, she says, “I can still say I was the first class to graduate from the new building, and that really amazing.”

The school is hosting an NMSA Community Open House on Saturday, September 14, from 1-pm to introduce the new space to the public.

Editor’s note: An earlier version of this story incorrectly reported the number of students enrolled. The current student body is 254 and the school plans to enroll up to 360 students in the future. An earlier version also gave an incorrect date for the first day of school, which was Monday.